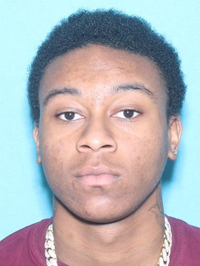 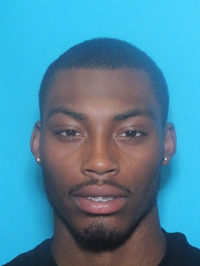 On Tuesday, June 11, 2019, at 10:43am, Creedmoor Officers responded to reports of a subject being shot on Lyon Street.  Upon arrival, officers located Leroy “Frank” Sanders, age 27 of Creedmoor, lying beside the roadway, suffering from multiple gunshot wounds.  Officers performed first aid on Sanders until Granville EMS arrived on scene and transported him to Duke University Hospital.  Based on the most recent information provided by the hospital, Sanders was still in surgery.

Prior to being transported, Sanders identified 23-year-old, Tyrone Deshawn Holley, of Butner, as the individual who shot him.  Both Sanders and other witnesses stated the alleged shooter (Holley) was the passenger in a black, late model 4-door Lexus.  The suspect and vehicle description were immediately relayed to Butner Public Safety and surrounding law enforcement agencies.  A short time after the information was broadcast, Butner Public Safety officers located the suspect vehicle and attempted to stop it.  The vehicle briefly stopped, the passenger exited the vehicle and fled on foot.  The suspect vehicle fled the scene as well.  Within a few hours, the vehicle driver, Isaiah Malik Sanford, (age 18 of Butner) and Holley (suspected shooter) had all been located and were in custody.

“These apprehensions were possible because of the swift response and sharing of information by Creedmoor Police officers, the great awareness and vigilance of the Butner Public Safety officers, the assistance of the Granville and Durham County Sheriff’s Offices, and Durham and Oxford Police Department K-9 Units.  Investigators are still actively investigating the motive in the case.  Criminal charges on Holley and Sanford are pending, and we will continue to monitor Sanders’ condition,” stated Creedmoor Police Chief, Keith King.