In 1885, a group of twenty-five taxpayers of Granville County appeared before the Board of Commissioners for the County of Granville with a petition from the Dutchville Township. The petition made a proposition to subscribe ten  thousand dollars to the capital stock of the Oxford and Clarksville Railroad Company. Under the provisions of the act of the General Assembly of North Carolina, entitled “An Act to Incorporate,” the Oxford and Clarksville Railroad Company was notified on the twenty-eighth day of February, 1885.

The proposal was thereby approved under the provisions of the General Assembly of North Carolina. As a result, it was ordered that the election of subscribing the said sum of ten thousand dollars to the capital stock of the said railroad company be submitted to the qualified voters of the Dutchville Township and that an election be held in the said township at the proper voting place therein on the eighth day of October, 1887. 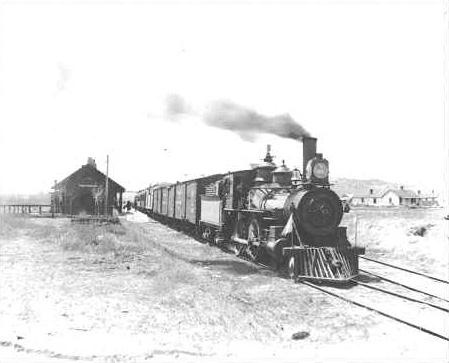 Over the next few years, Creedmoor served as a railroad depot between the Clarksville & Oxford Railroads and the Raleigh & Gaston Railroads.

In 1886, Thomas B. Lyon applied to the Post Office Department for a post office to be located in Creedmoor. Lyon’s request was granted on the tenth day of April, 1886. John Harmon was appointed as the first postmaster. In September of that same year, Samuel C. Lyon, son of Thomas B. Lyon, was appointed postmaster.

Joseph L. Peed served as the first mayor. The first commissioners were Dr. J.F. Sanderford, Isaac Bullock, S. C. Lyon, Claude V. Garner, and L. H. Longmire. With the election of these men, the foundation for Creedmoor’s future was laid. 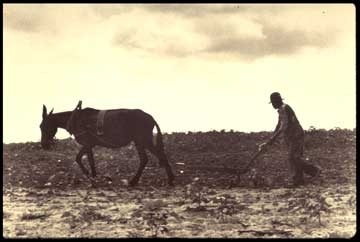 At one time Creedmoor was a larger tobacco market than Durham. Area Farmers did not limit themselves to tobacco but also grew cotton as a profitable crop.

In the wake of Creedmoor’s tobacco era, mules came to Creedmoor. About forty train car loads of mules were pulled into the town each year. At one time, Creedmoor was considered to be the largest mule trading center in the world and was known far and wide as the “Mule Town”. It was not until the mid-nineteen fifties that the town removed the slogan “One of the Largest Retail Livestock Markets in North Carolina” from its official letterhead.

In 1917, electricity came to Creedmoor when G. H. Dove and F. J. McDuffy flipped a switch in their plant which was located on Railroad Street.

Our Community Today
Today, Creedmoor is a thriving community that serves as a getaway from the surrounding metropolitan areas without sacrificing their amenities. The City of Creedmoor remains a great place to live for residents of all ages and backgrounds.